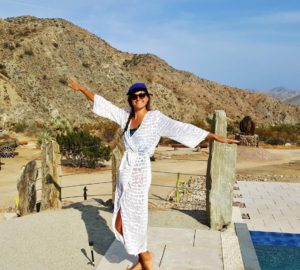 As a result, our canyon is buffered from the early morning sun blast that scorches most of the desert, creating tranquil mornings of soft light.  In the later afternoon, the sun similarly drops behind the mountains to the west sooner than most of the desert. The moment this occurs, the valley is suddenly a hush, the gentle late day light lasting far into the evening.   This nestling in the mountains harmonizes the seasons. Less heat buildup in the Canyon in the summers yet holding in the warmth in the winter.  The traditional winds that so often tear across the flats of the desert are buffered by the Canyon walls. Simultaneously the Canyons are like river passageways guiding gentle, ever-present breezes through the Hidden Passage valley.

Icing on the cake is a desert stream.  Fourteen miles away the highest mountain in Southern California, San Gorgonio, has frequent rains as the updraft steals the water out of the air.  This is the reason the desert exists as it is in the shadow of the mountain that steals the moisture from the air. However, there is a sweet refrain as the rains of San Gorgonio run underground through nature’s aquifers.  Fourteen miles later the aquifers gurgle out of the ground in a spring ½ mile from Hidden Passage. This creates a stream that runs through Hidden Passage (where there is even a small beach.) The spring runs 365 days a year with as pure water as Mother Earth has to offer.  What is taken with one hand is given with the other in the unique earth formations of Hidden Passage. we look forward to sharing it with you!